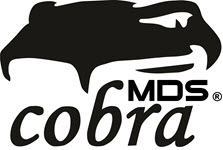 Our fully trained and experienced staff can provide the expertise to undertake EOD services in the Marine environment.

We provide a full training programme to use our CobraMDS® developed specifically for the customer's requirements. We can also provide fully certified staff to assist in any particular operational requirement.

Team Cobra is held on 24/7 standby for when you need us most.

Contact us to see how we can help protect your assets.

Several decades after the end of the two world wars, explosive material still represents a significant potential danger in the North and Baltic Sea's. Independent experts have calculated that there are approx. 1.6 million tons of explosives on the seabed. This is a particular danger in the development / installation of offshore wind parks.

Of the mines that were laid around the British Isles during WW2, only around 15-30% were recovered after the war. There are no records for mine sweeping following WW1, so recovery is likely to have been even lower. The simple maths suggest that, even allowing for those that have been detonated or recovered to date, there are likely to be in region of hundreds of thousands of mines still at large around the coast of the UK.

ECS Special Projects Ltd provide a comprehensive familiarisation course that covers all aspect of the safe use of our equipment. The training is designed for Qualified EOD Operatives to give them hand...