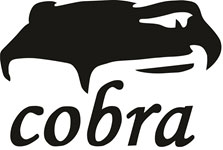 Cobra SeaFox is designed to neutralise UxO (unexploded ordnance), including floating drifting mines and other underwater munitions and historic ordnance.

COBRA is supplied in recyclable boxes foldable to be stored flat.

The Cobra system has various methods of initiation dependent upon individual requirements ranging from the Manual Handheld Initiator, (which is provided in the Cobra Toolkit), to RF and Acoustic Initiation. 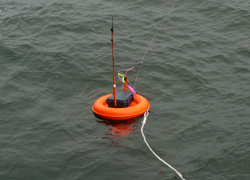 Acoustic Initiation
The acoustic initiation module has been developed to provide a compact method of initiation when shocktube or RF are inappropriate. Using this method a surface float is not required.
Recommended depth - 50 metres to 300 metres 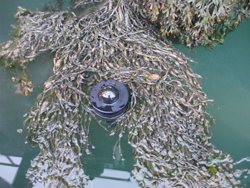 Tow-Behind Float
The Stealth and Tow-Behind Float employ a disposable coded RF initiator. Once deployed they can be initiated individually or by a single “page” signal.
Recommended depth - 10 metres to 30 metres

Submersible, Releasble Float - SRF
The SRF also uses a disposable RF initiator that is held in a float that is released upon attachment to the target and initiated remotely by the coded RF link.
Recommended depth - 20 metres to 100 metres

With a growing demand to build civilian structures in offshore environments the likelihood of encountering UxO (unexploded ordnance) underwater has increased over recent years. CobraMDS® is specifica...

The Viper IED Neutralisation System is deployed by an ROV. It is a safe and cost-effective accessory, designed principally for use on the Videoray Pro 4 but has been adapted to fit to any ROV and is u...

The Vessel Arrest Launcher is a pneumatically powered line deployment tool capable of delivering ‘Vessel Stopping - Method of Entry’ & ‘Defensive Tools’. The use of compressed air avoids the g...

The Expendable Laser Sighter was developed to provide a safe, reliable and cost-effective method of illuminating the precise area of a target for either NAU attachment or Shaped Charge focus....